The first 4x4 Suzuki LJ Series built in 1968 as Jimny 360 or Brute from the Hope Motor Co. The HopeStar on Jimny 360 began development in 1965 as a basic, reliable 4 wheel drive. It did without such frills as doors and needed nothing more than hammock seats. It was powered by a 21hp 360cc air-cooled Mitsubishi two-stroke engine. 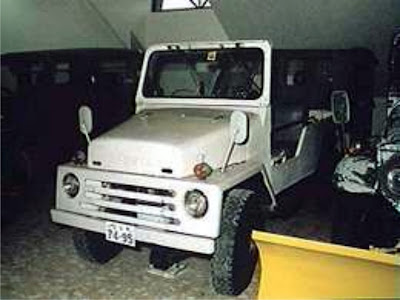 Suzuki Jimny 360 (Brute) from The HopeStar (Hope Motor Co.)
However, the company met with difficulties after selling only a handful of these trucks. Suzuki purchased the production rights for the 360 in these year. 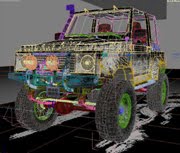